I spent the past few days trying to photograph very small things. I recently bought a camera, and—like any amateur photographer—quickly discovered that close-ups look amazing. But there's only so many close-ups of bees and flowers you can take before it gets old. So I became hungry for even more extreme close-ups. And because I'm not one to exercise restraint, I bought a camera extension for getting really, really close to your model—which consequently can be really, really tiny.

In principle, I can now take close-ups of very, very small things. In practice, I rarely manage, because this requires perfect lighting, a completely stable image, and some idea of what you're doing. (And probably an even better camera.)

But I managed to take a few semi-decent photos. Not BBC-nature-documentary quality. But they got me thinking. 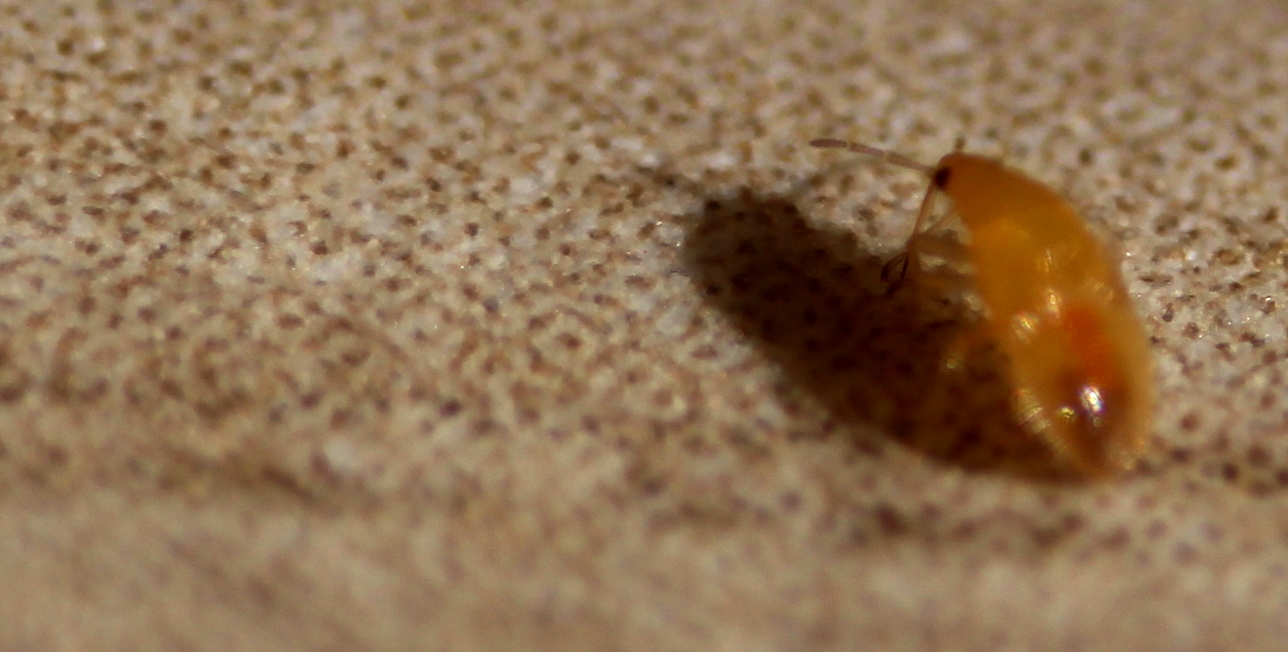 The creatures in the photos are, I think, different kinds of aphids, all less than a millimeter long (except the winged one below, which was bit larger). To the naked eye, they look like slowly moving motes of dust.

To give you some idea of how tiny these creatures are, here's a clumsy aphid who got stuck on a hair while traversing the mountainous ridges of my index.

My best guesstimate is that their brains are less than one hundred micrometers in size, and consist of about 100,000 neurons. (Which may seem like a lot, but the human brain consists of about 100 billion neurons, or a million times more.)

But this diminutive brain allows them to do most of the things that bigger creatures do as well. Aphids walk around, they eat, they stop to look at things, they explore their environment with their antennae, they find mates, they mate, they have children—in other words, they just go about their business. And they're relaxed about it too. I've followed some of them around for a little while, and they're always calm, never in a hurry. 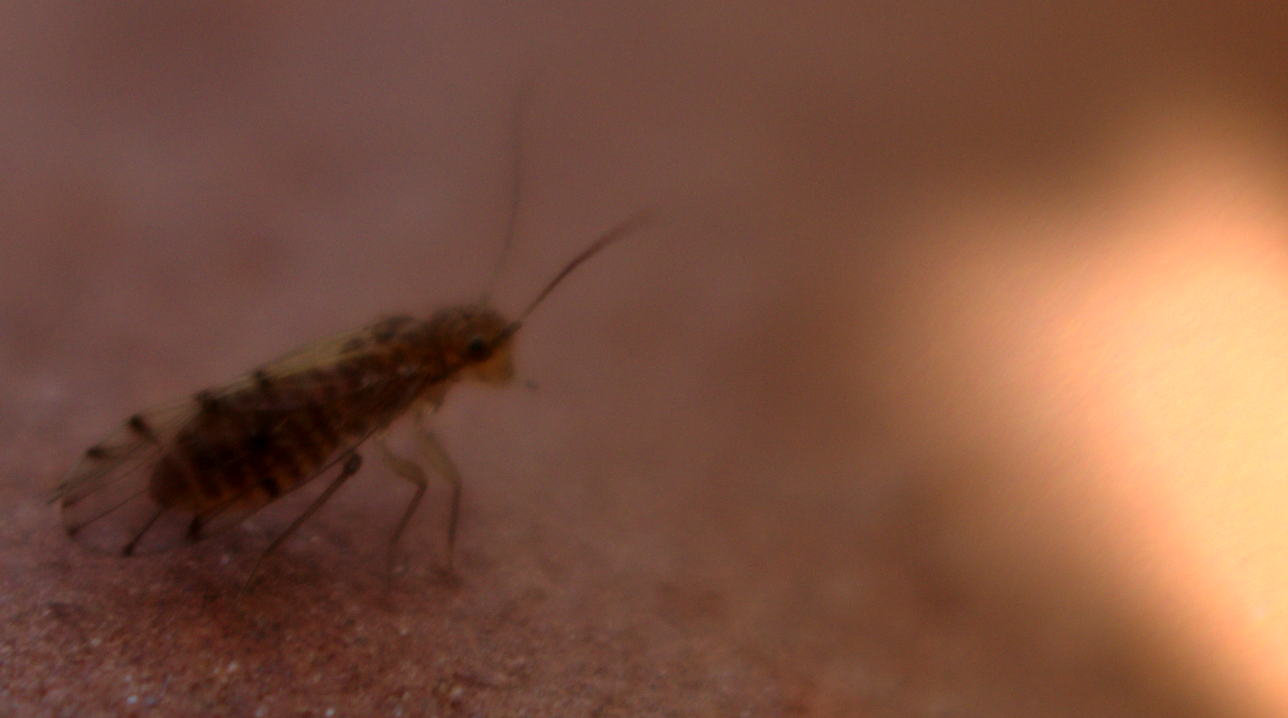 What's it like to be an aphid, to be that small? Is there even something it is like to be an aphid? Or are these creatures so tiny and simple that it's silly to suppose that they have some kind of consciousness, some first-person perspective on the world?

No-one knows, of course. The minds and behaviors of aphids are simple—I suspect that very few of them are interested in reading the collected works of Ginsberg. But I feel that even aphids must have some rudimentary form of consciousness. There must be something it is like to be an aphid. After all, the difference between them and us is in many ways quantitative rather than qualitative. We're made of the same stuff; aphids are just made of less of it. And if we have an inner world, why not they? 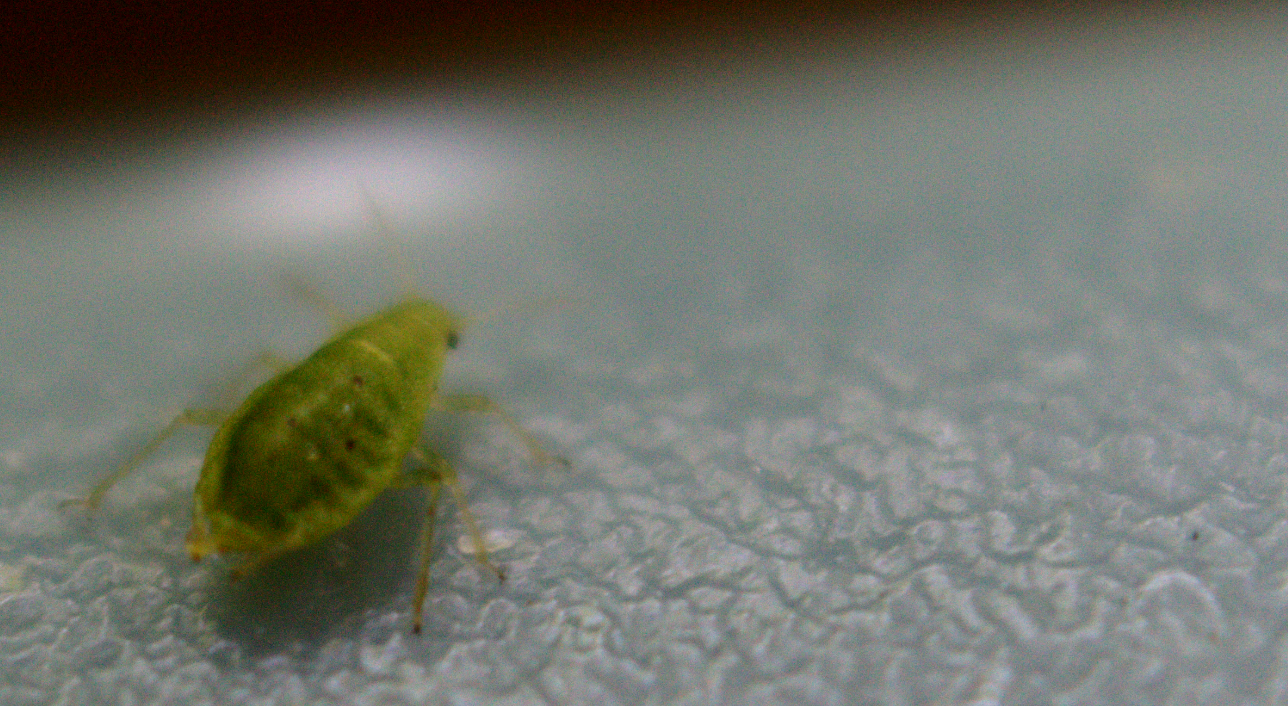